Despite the postponement of the 66th ordinary session of the African Commission on Human and Peoples’ Rights (ACmHPR) due to the current health crisis, the African Men on Sexual Health and Rights (AMSHeR) and Synergía celebrate the 6th anniversary of the adoption of Resolution 275/2014 on May 12th, 2014.

Resolution 275 on Protection against Violence and other Human Rights Violations against Persons on the basis of their real or imputed Sexual Orientation or Gender Identity (ACHPR/Res.275(LV)2014) is a groundbreaking document for the protection of all individuals, regardless of their sexual orientation, gender identity and gender expression in Africa.

AMSHeR and Synergía will soon launch new initiatives to promote the implementation of Resolution 275.

The text of the press release published by the two organizations can be read here. 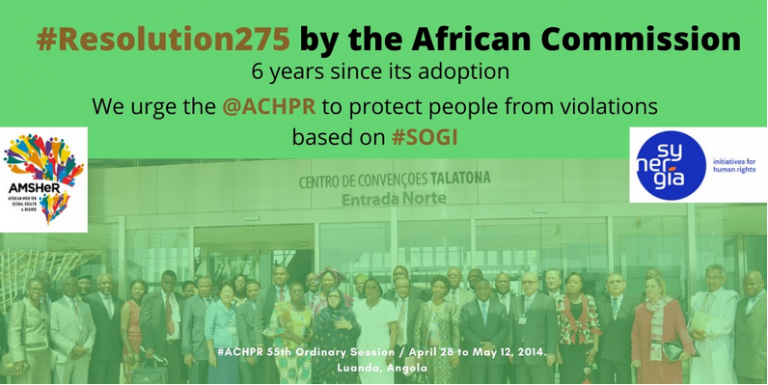 The Coalition for the Independence of the African Commission (CIAC) is seeking new members among civil society organizations.

The CIAC was established in 2019, following the adoption of Decision 1015 by the African Union (AU) Executive Council in June 2018, and a subsequent convening of civil society organizations in Banjul, The Gambia, in October 2018.

Decision 1015 constitutes an unprecedented attack to the independence of a human rights body by AU member states.

Current CIAC implementing partners are the African Men for Sexual Health and Rights (AMSHeR), Amnesty International, the Center for Human Rights of the University of Pretoria, the Coalition of African Lesbians (CAL), FEMNET, the Institute for Human Rights and Development in Africa (IHRDA), the Initiative for Strategic Litigation in Africa (ISLA), the Pan African Lawyers Union (PALU), and Synergía.

The open call for members, together with more information about the CIAC, can be found here.

Synergía and the OAS LGBTTTI Coalition write to authorities of the Inter-American Human Rights System requesting their statement on human rights abuses generated by the measures taken by governments in the face of the COVID19 pandemic.

As it has been known for more than a month, humanity is facing one of the most challenging threats in recent years in the face of the spread of COVID-19. The insidious ease of its transmission has forced governments to create and implement strategies aimed at blunting the force and reducing the speed with which it has infected countless people around the world.

These policies, while aimed at reducing infections, have also dangerous consequences for various social groups. Women’s rights and feminist groups have warned about the likely increment of domestic violence against women, the lack of access to goods and services, including those essential for living, for individuals employed in the informal sector, the particularly serious risks experienced by people experiencing homelessness and those deprived of liberty, among many others. In this letter Synergía and its partners request a statement about issues that particularly trans or non-binary people are experiencing:

Synergía and OAS LGBTTTI Coalition condemn the killing of Karla Valentina Camarena, trans human rights defender in Mexico and member of our Coalition

Synergía, along with the Coalition of LGBTTTI Organizations of Latin America and the Caribbean that works within the Organization of American States (OAS), composed of 61 organizations from the region, condemns the murder of our colleague, Karla Valentina Camarena del Castillo, a 33-year-old trans woman, human rights defender, member of the Red Latinoamericana y del Caribe de Personas Trans (Redlactrans).

Karla was murdered with a gunshot on a street in the municipality of San Felipe, Guanajuato state, Mexico, on March 29, 2020.

We request the state of Guanajuato and the Mexican federal government to investigate with due diligence, in accordance with international parameters of impartiality, independence, speed, and transparency, Karla’s murder.

We urge the Inter-American Commission on Human Rights to repudiate this murder and seek information from Mexican authorities on the measures they are taking to carry out a proper investigation and punish the perpetrators.

Read the statement in Spanish here. 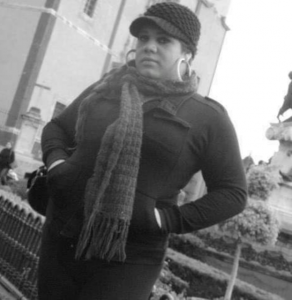 During its 175th period of sessions that took place in Port-au-Prince, Haiti, on March 2-8, 2020, the Inter-American Commission on Human Rights (IACHR) held a thematic hearing on the human rights situation of trans children and obstacles to affiliation with LGBT families in Latin America. 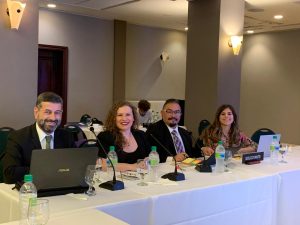 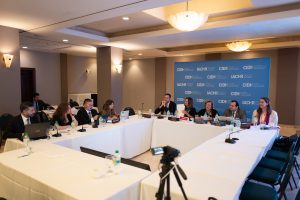 Synergía convened a meeting in Panama on February 12-13, 2020 to discuss obstacles and opportunities for the implementation of the Inter-American Court’s advisory opinion 24/17.

In its advisory opinion 24/17, the Inter-American Court established that OAS member states must guarantee full recognition of the right to gender identity to trans individuals, and must recognize to same-sex couples the same rights that are granted to opposite-sex couple, including marriage.

Synergía and its partners issued a statement highlighting their commitment to work together for the full implementation of the advisory opinion, as well as recalling the binding nature of the opinion for OAS member states. 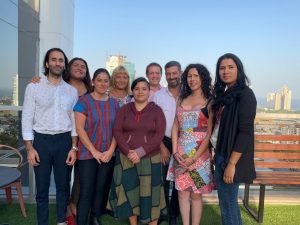 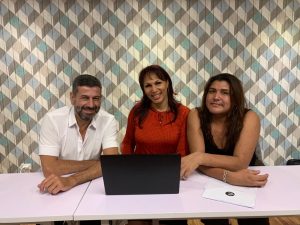 Argentina was appointed as the new chair of the OAS LGBTI Core Group in a handover ceremony that took place in the OAS headquarter in Washington DC on January 16th, 2020.

The permanent representative of Argentina before the OAS Ambassador Daniel Raimondi highlighted that the commitment of Argentina on LGBTI issues is a state policy, regardless of the incumbent government.

Raimondi emphasized that Argentina will focus on discrimination and violence against LGBTI individuals, with special attention on the situation of trans people.

Synergía’s executive director made remarks on behalf of civil society during the event. 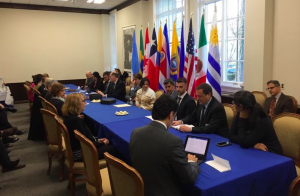 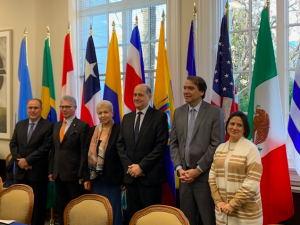 As Synergía celebrates its second anniversary of activities, we are pleased to welcome you on our website. Here you will find general information regarding our organization and our team, reports and other resources published by Synergía, other useful information for regional advocacy work. Please, keep checking this section for future updates on activities and initiatives, and do not hesitate to contact us for additional information.

Your support will further our work by offering flexible resources that will be used to advance our provision of capacity strengthening, funding, and strategic guidance to our partners. The flexibility of this support is vital when there is an opportunity to take advantage of a quickly emerging opportunity or when responding to an emerging crisis. This ultimately creates more adaptive and resilient movements that are necessary to ensure human rights for all.